Do women face a different standard? The interplay of gender and corruption in the 2014 presidential elections in Malawi

Incumbency advantage and corruption are persistent features of Malawi politics, yet the incumbent Joyce Banda lost the 2014 elections. Drawing on national public opinion surveys and focus groups, we explore why incumbency advantage did not accrue to Banda. We argue that faced with a major corruption scandal, “Cashgate,” Banda paid a heavier price than male incumbents facing corruption scandals before and after her. Her electoral fate is consistent with studies demonstrating that women holding political offices are scrutinized more heavily than men, and when they transgress female gender stereotypes of incorruptibility, they are judged using a higher standard. 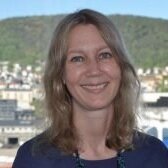