We invite you to the exclusive screening of the award winning 2016 documentary ‘Shadow World – inside the global arms trade‘ directed by artist/filmmaker Johan Grimonprezbased, based in part on Corruption Watch UK founder Andrew Feinstein’s globally acclaimed book with the same title.

After the screening there will be a panel discussion with Andrew Feinstein (Expert on corruption and the global arms industry), Kalle Moene (Professor of Economics, and leader of ESOP, UiO) and Tina Søreide (LawTransform/Professor of Law & Economics, NHH). More panelists tbc*.

SHADOW WORLD reveals the shocking realities of the global arms trade – the only business that counts its profits in billions and its losses in human lives.  The film exposes how the international trade in weapons – with the complicity of governments and investigative and prosecution bodies – fosters almost 40% of all corruption in global trade, determines economic and foreign policy, undermines democracy and creates widespread suffering. The film unravels how the arms trade operate in a parallel legal universe of impunity and how weapons of war are turned against citizens of liberal democracies and decreases security for us all.

“Shadow World” would have to be one of the contenders to grab the best documentary award.” – Big Picture Sound: David Kempler

Andrew Feinstein is one of the world’s leading 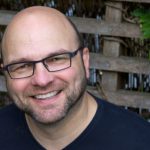 experts on corruption and the global arms trade. A frequent commentator on BBC, CNN and Al Jazeera, and The Guardian, his writing has been published by The New York Times, Der Spiegel, the Huffington Post, and many others. As the author of the book on which the film is based, he has guided the production team on the contemporary issues and history addressed in the film. Andrew is founding director of Corruption Watch UK, and is a former ANC Member of Parliament from South Africa where he served under Nelson Mandela.

Kalle Moene is Professor at the Centre for the 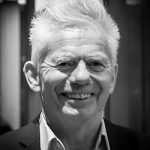 Study of Equality, Social Organization, and Performance (ESOP), within the University of Oslo’s Department of Economics. His main fields of research is comparison of institutions, growth and development, economic policy and political economics. Kalle is know for being an original and outstanding thinker and writer, and he frequently writes for the newspaper Dagens Næringsliv.  In 2016 he was honoured with the Fridtjof Nansen Prize for Outstanding Research for his contribution to the study of the Nordic model, corruption, economic inequality and role of institutions for economic growth.

Tina Søreide is Professor of Law and Economics (Dr. Econ) at 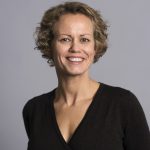 the Norwegian School of Economics (NHH) at the Department of Accounting, Auditing and Law, and Research Leader of the Corruption & Criminal Law Unit at LawTransform. Her research is focused on corruption, governance, markets and development, currently with an emphasis on law enforcement. She was previously employed by the Faculty of Law, University of Bergen (UiB), the Chr. Michelsen Institute (CMI) and the World Bank, Washington DC. She has published extensively on corruption and governance, including several books – the latest being Corruption and Criminal Justice: Bridging Legal and Economic Perspectives (Edw. Elgar, 2016). She is a member of the High Level Advisory Group on Anticorruption and Integrity (HLAG) to the Secretary General of the OECD.

This event is hosted by the Corruption and  Criminal Law unit at The Centre on Law & Social Transformation and the Norwegian School of Economics (NHH).