On the 14th – 15th of April LawTransform co-organized the conference ‘’Sexual & Reproductive Rights in India: Social movements & legal battles‘‘ at the Bangalore International Centre in India. Through this conference prominent sexual and reproductive rights (SRR) activists, academics and lawyers were brought together to evaluate the past, present and future of  SRR work in India. The conference was organised by the Centre for Law &  Policy Research (CLPR) and is a part of the LawTransform project ‘‘Sexual & Reproductive Rights Lawfare: Global battles‘‘.

To follow up, and bring the issues to public attention in the context of the ongoing elections, LawTransform Director Siri Gloppen, CLPR Director Jayna Kothari and Maya Unnithan from CORTH,

University of Sussex published an op-ed in The Hindu newspaper:

„A half-written promise“  Full article is available at: https://www.thehindu.com/opinion/op-ed/a-half-written-promise/article26914712.ece

While all major parties make some piecemeal promises to women, the recognition of sexual and reproductive rights is almost negligible. This is despite the recent progressive legal work in courts.

The Supreme Court has been extremely progressive on women’s reproductive rights. The court in decriminalising adultery and in the Navtej Johar judgment striking down Section 377 [thus decriminalizing homosexuality] held clearly, that women have a right to sexual autonomy, which is an important facet of their right to personal liberty. In the landmark Puttaswamy judgment in which the right to privacy was held to be a fundamental right, the Supreme Court held: “Privacy includes at its core the preservation of personal intimacies, the sanctity of family life, marriage, procreation, the home and sexual orientation… Privacy safeguards individual autonomy and recognises the ability of the individual to control vital aspects of his or her life.”

In the case of Independent Thought v. Union of India in the context of reproductive rights of girls, Justices M.B. Lokur and Deepak Gupta held, “The human rights of a girl child are very much alive and kicking whether she is married or not and deserve recognition and acceptance.” These judgments have an important bearing on the sexual and reproductive rights of women. The right of women and girls to safe abortion is an important facet of their right to bodily integrity, right to life and equality and needs to be protected.

Political parties, which also represent India’s women, have an obligation to take forward the debates on reproductive rights, equality, and access to abortion in political debates as well as in framing laws and policies. 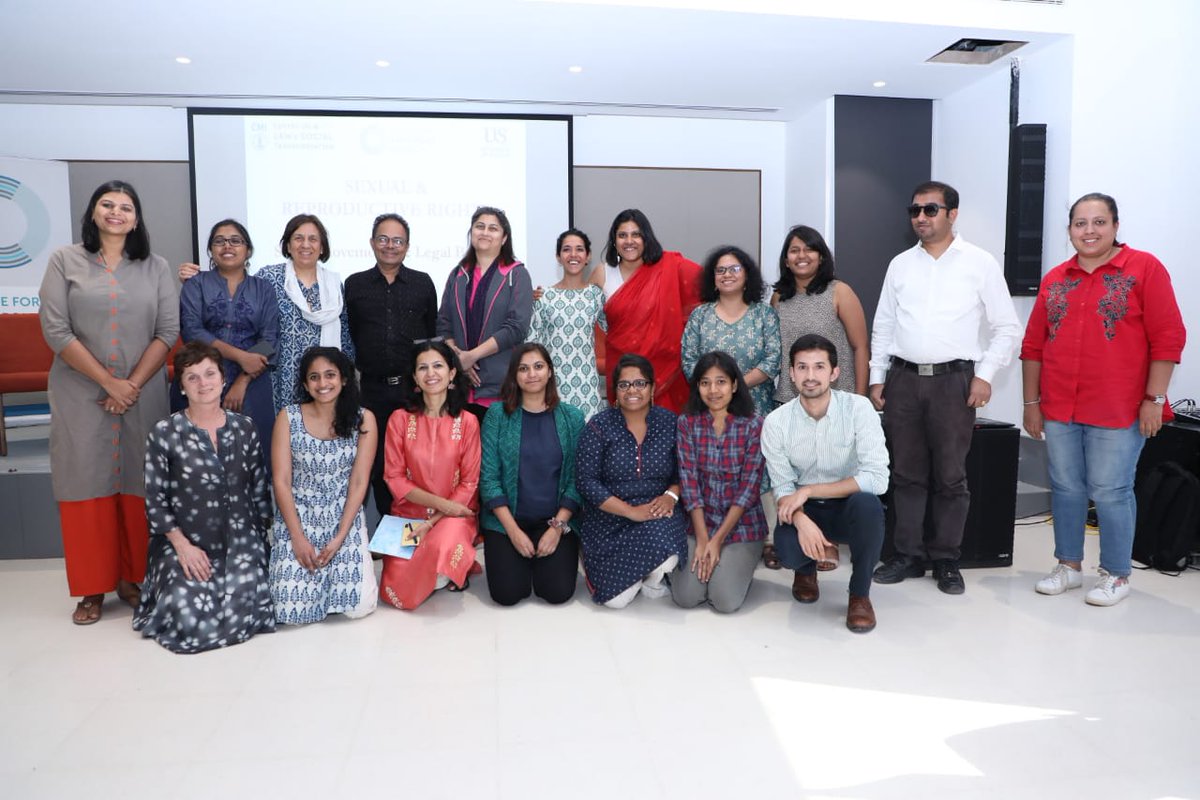 Participants from the two-day conference